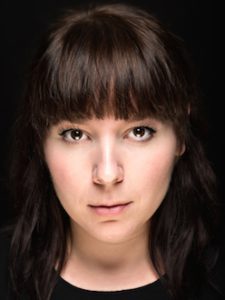 Mette Bjærang is a Northern-Norwegian lyric mezzo-soprano who has a warm, exciting timbre and a flexibility to her voice that is both rare and enchanting. Mette’s voice can be enjoyed both in operas and in concerts and her career so far has seen her regularly engaged in both traditional works and also in newly written pieces, which she has an particular interest in.

Mette Bjærang took her master’s degree at Operahøgskolen in Oslo and graduated in Spring 2013. During her studies her unique voice capacity and natural theatrical talent meant that she experienced a wealth of performance opportunities including the chance to perform the role of Ramiro in La Finta Giardiniera, Bess in Robin Hood and Alm in the modern opera Khairos at the Norwegian National Opera in Oslo. During the season 13/14 she was engaged at the Operastudio at The Norwegian Opera&Ballett, where she did roles as Kate Pinkerton in Madama Butterfly, cover on Donna Elvira in Don Giovanni and Ruggiero in Alcina, and she did the part as Funicula in Funiculi&Funicula, an production who won the Opera Awards in London 2015. Previous to her masters degree she also studied at the Royal Danish Music Conservatory and at the Griegakademiet.

Ms Bjærang is a well acclaimed concert soloist and has performed at the Copenhagen Opera festival, Oslo Operafestival, Festspillene i Bergen, Nordland Musikkfestuke among others. She has had solo recitals at the Oslo Concert House and The National Opera of Norway and has had several concerts in Helsinki.

She has been singing such roles as Octavian in Der Rosenkavalier, Bianca in The Rape of Lucretia and Dorabella in Così fan tutte, performed at the Opera School in Oslo; Annina in La Traviata at the Skånska Operan; Cherubino in Le nozze di Figaro and Olga in Eugen Onegin at Nordnorsk Opera. These have all contributed to Mette Bjærang’s adoration and subsequent awards and scholarships.

Bjærang’s upcoming and recent engagements include the Alto part in Verdi Requiem in Stavanger, Alto part in St. Johns Passion in Bodø, the role as Systeri in Ole K.Sundliseters newly written Haugtussa i Helheim which was performed at the Oslo Concert Hall and the title role of the Sweden premiere of Berlioz’s Beatrice et Benedict. Beatrice et Benedict was highlighted in Opus magazine as one of the highlights of 2015, www.opus.se.